Tran earned the Gold Medal for “Conditioning of Mus musculus to Overcome Innate Behavior.”
Jeel Shah and Tanushri Shah accepted Silver Medals for their project, “Continuation of Effect of Cellular Radiation on the Behavior of Apis mellifera,” which also earned them the Dr. Irving Shulman Medical Award.  Since their previous research concentrated on the negative effects of cellular radiation on honey bees, this year’s research focused on finding a viable solution supported by the experiment, namely, to integrate weak and strong hives—via brooding, honey production, and communication patterns—to create balance within the respective hives.
Last but not least, Kumar and Virani’s project, “Road Rage Reduction: Effects of Driving Experience When AMTAM is Utilized,” earned them Bronze Medals.  Their experiment consisted of testing an RGB LED Matrix board preprogrammed with phrases such as “Sorry,” “New Driver,” and “Emergency” to promote human to human communication and prevent driver aggression.  Their results support the conclusion that younger drivers benefited the most from the AMTAN, as their aggressive feelings had reduced by more than 50%.
Other High Tech student participants include Reika Hayashi of Bayonne, who presented her research project, “Experimentation of Pathogenic Bacterial Attachment on Soft Contact Lenses”; North Bergen resident Veeraj Shah, who offered his research project, “Determining the Optimal Fibrous Scaffold for the Formation of a Tissue-Engineered Blood Vessel with Endothelial Cells”; and Muhammad Umar of Bayonne, who presented his research project, “The Effect of Various Neurotransmitters on the Behavior of Mus musculus.”
“I’m very proud of our students and program,” says Dr. Arun Srivastava, veteran High Tech instructor and Science Fair coordinator.  “We instructors teach [our students] that every idea is a good idea, but often, some ideas are difficult to implement.  Our students overcome difficulties to offer us their great ideas.”
Sponsored this year by Jersey City Medical Center RWJ Barnabas Health, the 2018 Hudson County STEM Showcase offered students the opportunity to present their projects at Liberty Science Center on March 12th.  In the past 60 years, the Hudson County STEM Showcase has been the culmination of a long quest for young scientists to improve, progress, and widen the range of their scientific and communicative skills, whilst making new discoveries along each point along the journey. 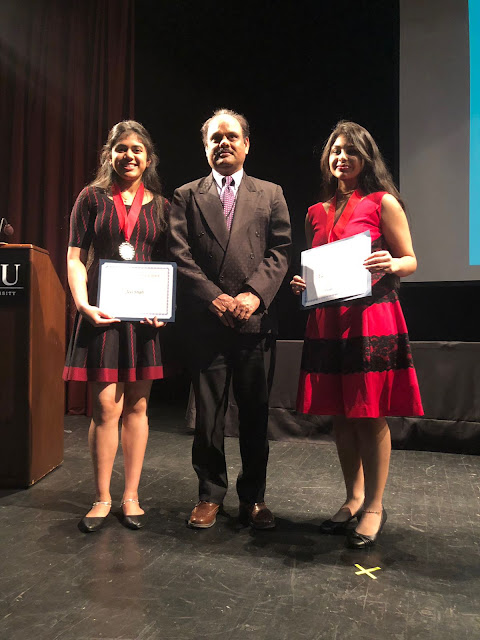 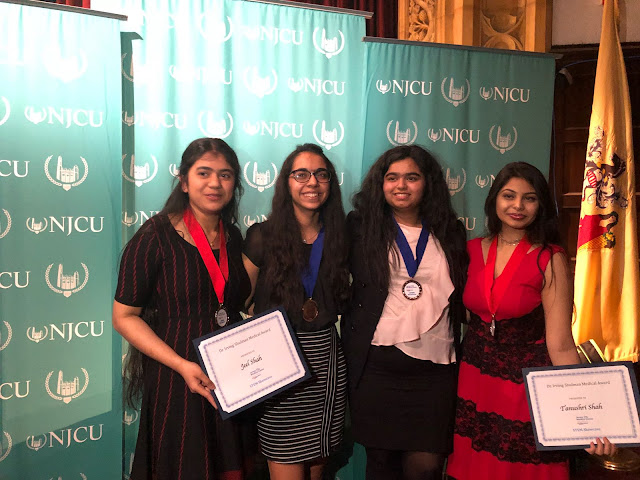