Skip to content
(North Bergen, NJ—April 19, 2017) This year, the High Tech Drama Department will be showcasing The Liar, a French farce originally written by the famous playwright Pierre Corneille, but updated by David Ives, announced Dr. Joseph Giammarella, Principal of High Tech.
The Liar, set in Paris in 1643, involves mistaken identities, the pursuit of marriage, and duels between rivals, in short, a classical comedy with a modern twist.
The drama majors have worked closely with the prolific contemporary playwright, since properly executing this show has not been a simple feat.  In preparation for the stage interpretation, the Drama Department watched New York City’s Classic Stage Company perform The Liar.  Afterward, the majors took part in a talk-back with the actors and playwright.  So impressed with High Tech’s questions and comments, Ives wrote Deborah Arters, High Tech Drama Director, stating that the cast raved about the inquisitiveness, intelligence, and passion of her department.
Ives, best known for contemporary comedic pieces like “All in the Timing” and “Is he Dead,” has recently been writing verse adaptations of 17th century plays.

Show dates for High Tech Drama Department’s presentation of David Ives’ version of The Liar take place Thursday through Saturday, May 4th-6th, at the Black Box Theatre at High Tech High School.  May 4th and 5th shows begin at 7pm.  May 6th show starts at 3pm.

Tickets can be purchased in advance at https://www.showtix4u.com. 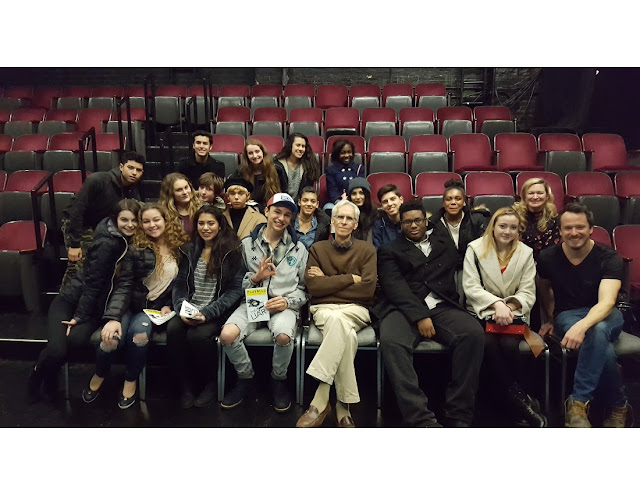