Skip to content
by Laiba Khan
(New York City--January 11, 2018) Twenty students in Dr. Laje Gashi and Mrs. Christine Kawtari’s French Club took the opportunity to see the classic musical The Phantom of the Opera on Broadway, announced Dr. Joseph Giammarella, Principal of High Tech High School.
The Phantom of the Opera, based on Gaston Leroux’s 1910 novel Le Fantôme de l'Opéra, offers the tale of a young soprano, Christine Daaé, who becomes the object of affection of the titular character, who lives mysteriously in the catacombs under the Paris Opera House.  The show, celebrating the thirtieth anniversary of its phenomenal run this year, has the distinction of being the longest running musical in Broadway history.
“The French Club devotes itself to the appreciation of French culture,” states Mously Lo, a resident of Jersey City, “so it was only fitting that we were given the chance to experience a live retelling of a French classic.”
During intermission, students discussed cultural and linguistic references laden in the musical, which they ably recalled from their French classes.

“Seeing The Phantom of the Opera live helped to remind us of the reasons that we celebrate and admire French culture,” says Bar Yifrakh, a resident of Hoboken. 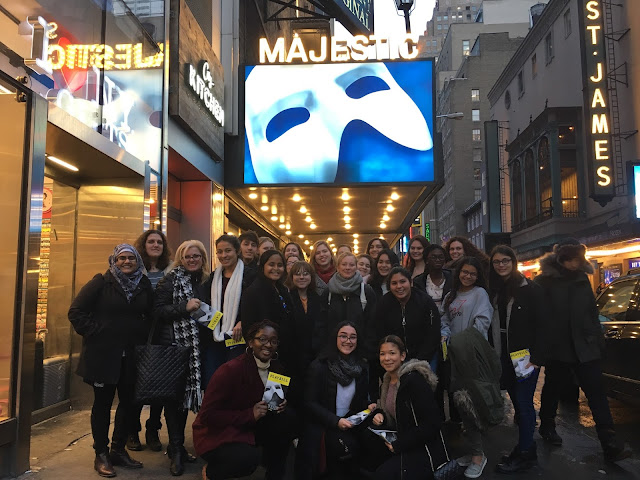