Mansour, a TV Production major at High Tech and a resident of Bayonne, interviewed Hawk at the Golden Door International Film Festival of Jersey City, where she received the Best Lead Actress Award for her role as Ellie in the feature film Almost Paris, and at High Tech's campus as well.

Actress Susan Varon, best known for her work on such hit shows as CBS's Everybody Loves Raymond, HBO's Boardwalk Empire, and the Marvel series Daredevil on Netflix, sat in the show's audience.

"The show was a huge success, both entertaining and educational for our students," says Ascolese. "Abigail and Susan expressed to me that they greatly enjoyed their time with our students and they wish to come back as soon as possible."

The first installment of The Tenth Period Show Starring David Mansour will be available for viewing shortly.

"Stay tuned for further details on the airing of the show," adds Ascolese. 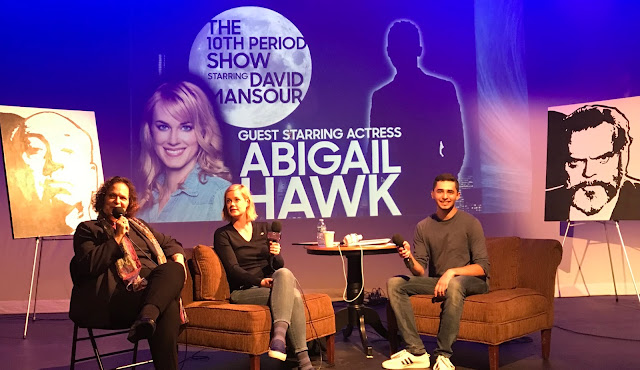