Skip to content
(June 8, 2017—Marion, IL) High Tech senior Amanda Chang of Bayonne has received a 2017 Outstanding Senior in French Award from the American Association of Teachers of French (AATF), announced Dr. Joseph Giammarella, Principal of High Tech High School.
The AATF Outstanding Senior in French Award, made annually to a graduating senior who has demonstrated excellence in the study of French, also recognizes those who have shown exceptional commitment to the French language and a knowledge of the many cultures where people speak the French language.  Chang and other recipients of the Award must have completed at least three years of French study at the time of graduation and be non-native speakers of French.
Chang, who completed four years of French study with veteran instructor Dr. Laje Gashi, has traveled abroad, has competed in the National French Contest, has joined the French Club, has served as an officer in the Club, has participated in National French Week, and has also been selected as a member of the French National Honor Society.

The AATF, founded in 1927, has as its mission the promotion of the study of the French language and French-speaking literature and cultures at all levels, while recognizing the achievements of outstanding students and their teachers.  The AATF’s Award can help motivate students to continue their study of French either through a career in teaching or a complement to another profession. 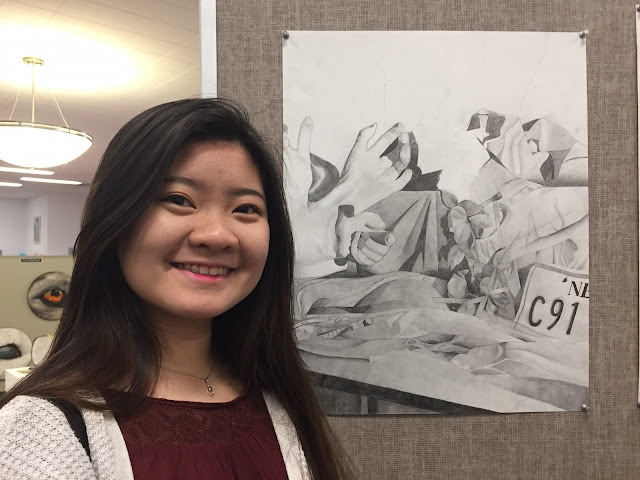