Skip to content
(Ringwood, NJ—December 10, 2016) High Tech Social Studies instructors Ronald Kliesh and David Polito escorted ten High Tech Hiking Club members on a trail at the base of Ramapo Mountain State Forest, announced Dr. Joseph Giammarella, Principal of High Tech High School.
The High Tech hikers experienced steep hills, a precarious trail at times due to some icy spots, so they proceeded with caution.  Before the hikers reached their starting area, they had to cross a bridge that overlooked a breathtaking lake and continued their hike on a long, but somewhat easy, trail that followed the circumference of the lake.
When they reached the halfway point of the trail, they came across another interesting discovery, namely, a small cobblestone and wooden shack with a doorway in the back.  Some students went into the doorway of the shack for a photo op, of course. As the hikers moved along on their hike, they came across a fascinating example of moss growth.  The damp, squishy, luminescent moss covered a large boulder that a few of the students described as a “moss carpet.”
Also, hanging on a branch sticking up from the ground, a small skull looked like it could have belonged to a squirrel or some other forest creature.  If it had not been for Ronald Kliesh’s observational eye, the hikers probably would have walked past the skull and not have taken a photo of it for posterity.
Although quite a chilly day, the cool air felt very refreshing to the hikers of Hudson County, New Jersey most populace county per square mile.  After their hike, everybody warmed up and enjoyed the beautiful scenery from the comfort of the school bus. 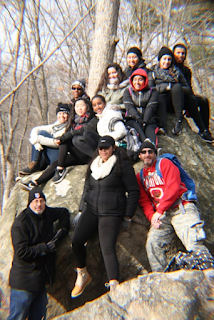 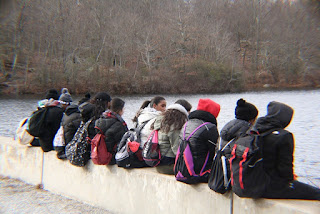 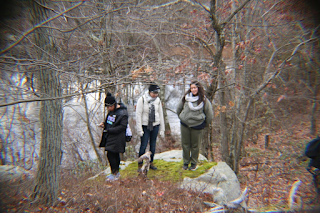 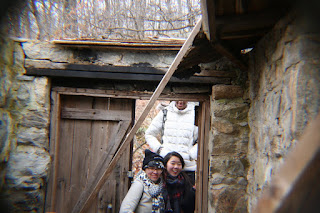 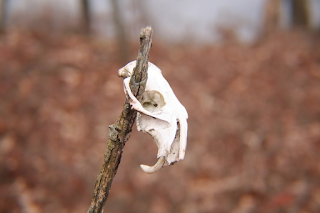 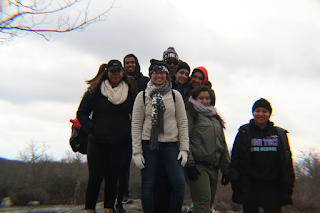 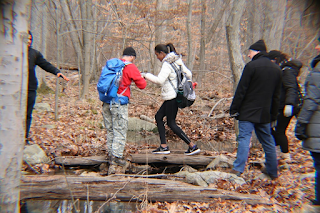