"These video productions took a lot more time than we expected," says Chicas, who will be attending Rutgers for computer science in the fall, "but the fruits of our labors paid off."

The premiere screening and awards ceremony, held at the Thomas Edison National Historical Park in the Visitor Center screening room, welcomed family, friends, and teachers.  One highlight of the trip included the chance to see the actual “black maria” film studio where Edison himself created his own short films.

"It was a wonderful experience to watch our videos being screened in a film festival setting," says Garcia, who will be attending Seton Hall for film production.

"We thoroughly enjoyed the response from the audience at the festival," says Law, who will be attending The College of New Jersey for communication studies.  "It inspired us to create even more challenging work in the future." 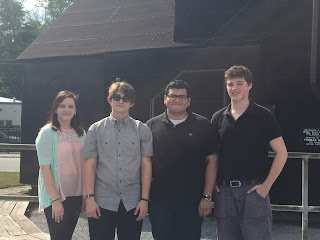 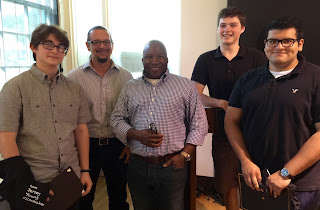