The AATF Award, made annually to a graduating senior, goes to those students who demonstrate excellence in the study of French as well as exceptional commitment to the French language and the many cultures associated with the French language or a derivative thereof. Recipients must complete at least three years of French at the time of graduation and be non-native speakers of French to qualify for the AATF Award.

Founded in 1927, the AATF has as its mission the promotion of the study of French language and French-speaking literatures and cultures at all levels. The AATF proudly recognizes the achievements of outstanding students and their teachers. 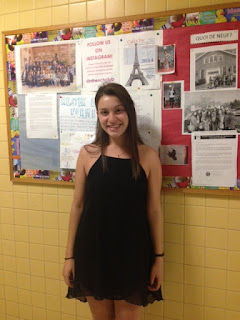