In addition to the Facing History and Ourselves grant, the Hudson County Schools of Technology (HCST) Foundation generously commissioned Malkin’s appearance at High Tech.  She spoke to students in the class “People Make Choices.  Choices Make History” co-instructed by Velazquez and Murphy and Murphy’s freshmen World Literature classes to supplement their knowledge of the Holocaust after they read Elie Weisel's book Night.
Malkin screened excerpts from the documentary No. 4 Street of Our Lady, a film documenting a Polish woman, Francesca Halamajova, who rescued Malkin and members of her family.  Approximately 6,000 Jews lived in the town of Sokol before the start of World War II.  After the war, only 32 Jews had survived, of which Halamajova rescued 16.  The excerpts focused on Malkin returning to visit to the loft where Halamajova hid her and her family during the war.  After the screening, Malkin answered questions and spoke in more detail about her experiences, all part of Facing History and Ourselves.
Facing History and Ourselves, a non-profit organization founded in 1976 and based in Brookline, Massachusetts, develops educational materials on the topics of prejudices and injustice relevant to Nazi Germany and the Holocaust. 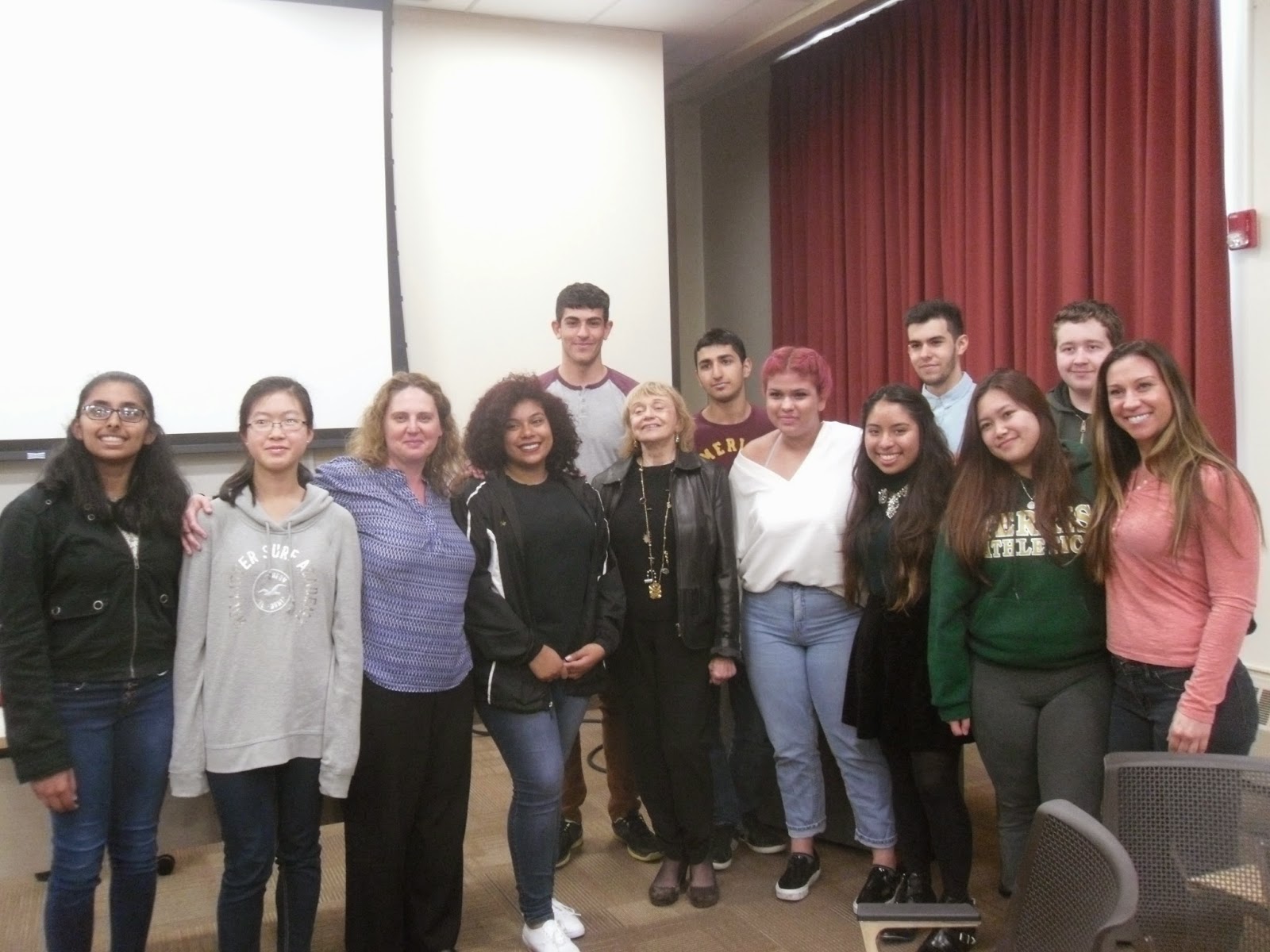